Connecting language and history with the European Day of Languages

The European Day of Languages is held on 26 September every year to celebrate the diversity of languages in Europe. To mark the day, Léargas runs an annual competition encouraging learners and teachers to engage with languages in different ways. This year we asked language teachers to work with history teachers to help pupils produce a diary entry that combined both subjects. The pupils would imagine ‘A Day in the Life…’ of a historical figure and write a diary entry about that day, in the language the figure would have spoken. Nellie Tattersall, who manages the Languages programmes in Léargas, writes:

“The results were fantastic. We had almost 700 entries, and given that a lot of teachers only entered their top few entries, we’re assuming there were a lot more than 700 pupils actually involved in the competition! The variety was excellent. We had 5th class pupils, who submitted German language entries, all the way up to 6th year pupils. We had entries in German, French, Spanish, Italian and Irish. Pupils embraced the opportunity to be creative: there was humour, passion, fear and a whole range of other emotions across the entries. In some cases the diary entries themselves were works of art, featuring scrolls and wax seals! 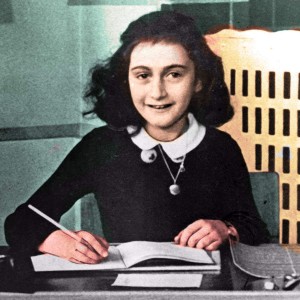 Pupils learned the importance of historical accuracy–using key dates that suddenly put a situation into context–and really empathised with the people they wrote about. Primary school pupils powerfully took on the role of Anne Frank and described what it was like being cooped up in an attic, longing to feel fresh air on their face and fearing that soldiers would discover them. An enormous range of historical figures were represented: we had everyone from a slave in 55 BC to Boris Becker, via Johannes Gutenberg, Joan of Arc, Christopher Columbus, Catherine of Aragon, Louis Braille, Karl Marx, Albert Einstein, Che Guevara, Josephine Baker, Luciano Pavarotti, and many many more!

Marie Antoinette was a popular choice, but it was an entry about her daughter Marie-Thérése that made it to the shortlist of the final four. Written on the eve of her 17th birthday, the moving account told of Marie-Thérése's terror and isolation at the end of her three years of imprisonment during the French Revolution. The diary entry was well written, rich with historical detail and the pupil clearly empathised with her subject. It made for heart-breaking reading. The second shortlisted entry was about Günter Schabowski, the East German politician who had a very bad day indeed when he accidentally speeded up the opening of the Berlin Wall! The third told of a little girl who in 1953 made the perilous journey from East Germany to West Germany, and couldn’t understand why her parents had wanted to move away. 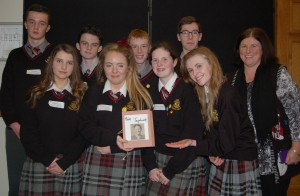 With such a high standard it was a difficult decision to make, but in the end the winning entry was that of Transition Year student Thomas O’Neill in Lucan Community College. Thomas and his class imagined days in the life of Tomi Reichental, a Holocaust survivor who lives in Dublin and had recently given a talk to pupils, staff and parents at the school. The language and history teachers worked really well together, and the diary that was created was very much a class project. There were entries for many days between 1941 and 1945, but the winning entry told of a day in 1944: Tomi, aged 9, was excited about a trip to the showers while the women in the camp were terrified as they feared they might be gassed. It was a very well written account and the emotional tension came through very clearly. All the individual entries were collated into a beautifully presented diary, 'Mein Tagebuch', and its pages were stained with tea and burnt round the edges to make it look authentic.” 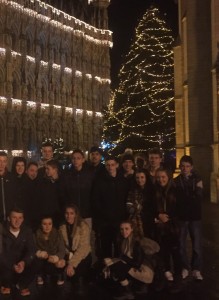 Léargas was delighted that many of the pupils and their teacher Colette Clark could join us in the Languages Hub at the Léargas Forum to present the diary very shortly after their win. We were even more delighted to hear that Colette planned to include the whole class in the prize - a trip to a European city! Thanks to a very generous donation from Saffron Travel, the travel agency who arranged the trip and guided the pupils while away, the whole class was able to visit the Christmas Markets in Bruges, Belgium in December 2015. 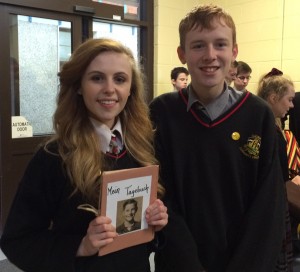 When Léargas visited the school in January, Thomas O'Neill told us that "the trip was amazing. We walked and saw the scenery and took loads of pictures, and when we got to the hotel at the end of the day we just fell into bed." Rachel Fitzpatrick, who has a keen interest in art and designed the diary cover, was impressed by the city: "Bruges was really beautiful. The architecture was amazing, all the buildings were unique. Sometimes you’d see five buildings beside each other but they were all from different eras, in different styles.” Rachel also felt a lasting impact from having met Tomi Reichenthal: "He signed a copy of his book for me, and my grandfather asked to read it when I was finished. Tomi is my grandfather's age but all of this happened to him when he was younger than me. Meeting him makes history feel very near."

We welcome contributions to 'Insights' at comms@leargas.ie.