Tracing a history of values 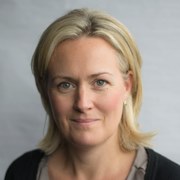 Tracing a history of values

A snapshot of European cooperation in education

2017 marks thirty years since Erasmus (the forerunner of Erasmus+) first started.  As we celebrate this anniversary, Denise Shannon from our Client Services team reflects on the success story of European cooperation in the broader education arena since its very beginnings: the foundation of the European Community in a post-war Europe.

Values at the Heart of Cooperation

Erasmus enabled students across Europe to study abroad and have that recognised as part of their course at home.  What is now a normal part of university life was once the privilege of less than 1% of those who studied at university.  And so from the start, Erasmus marked a fundamental progression in equal access to educational opportunity, providing possibilities for the many rather than the few.

While celebrating Erasmus and what it has achieved, we should also realise that the story of European cooperation in education for the past 30 years and earlier is broader, richer and more deeply rooted in values than many realise. This value base can be traced back to the Hague Convention of 1948 when the ideological goals of the European Community founding fathers were outlined.  Born out of the decimation of post-WWII, these ideals influenced the 1957 Treaty of Rome which formalised this union of nations, making reference to non-discrimination alongside the economically driven goals of a common vocational training policy and free movement of people.

As early as 1974, EU Education Ministers drafted the first Resolution on Education and showed that values were to be at the heart of European cooperation in education.  The Resolution stated that "on no account must education be regarded merely as a component of economic life".  This was a forward-thinking resolution that informed the First Action Programme on Education in 1976.

Its activities were very similar to those funded today through Erasmus+, taking the form of pilot projects, study visits and research, with the common purpose of exchanging information, experience and practice to promote mutual understanding of systems, innovation around challenges, and comparison of policies, experience and ideas.

Preserving the Diversity of Cultures

The first Directive to come out of the EU Community in 1977 was an agreement between the Member States to provide free education to children of migrant parents.  The European Commission speaking to the Annual Congress of the Irish Vocational Education Association in 1978 said: "This Directive marks the recognition that we are living in a multicultural society – it is the richness and diversity of cultures that we must preserve".

This Directive recognised that intercultural education should be an important component of EU cooperation on the integration and inclusion of migrants and minority groups in education.  It also saw the development of conceptual and pedagogical approaches around intercultural education. This approach was viewed as integral to the process of tackling racism, intolerance and xenophobia and would eventually have a specific funding line under the Socrates Programme in 1994.

Ensuring the inclusion of those with fewer opportunities and removing obstacles to participation has always been a feature of European cooperation in education.  The Helios Programme (1988-91) sought for the first time to address the integration of children and young people with disability into ordinary education systems and involved studies on obstacles, educational approaches, teacher training and development of teaching aids. This approach forms a key feature of Erasmus+ today with priority given to projects addressing ‘inclusive educational approaches’. 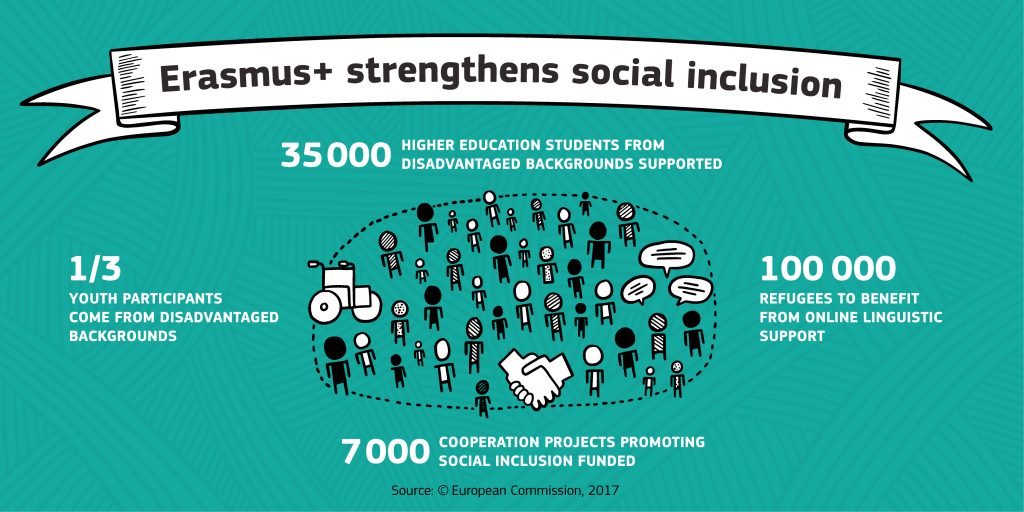 It was in the early 80s that member states recognised the need to address an increase in ‘illiteracy’ (a term of its time) as a common problem.  While it was known that this complex issue had wider societal and economic influences, it was agreed that this could be addressed primarily through education.  Cooperative actions involved awareness raising, exchange of practice, joint reflection, and action and research projects that stimulated educational innovation in literacy. Today, Erasmus+ places priority on projects and activities that support adult educators and learners around provision and learning of literacy, numeracy and digital skills

The 1976 Action Programme  on Education saw the first glimpse of adult education, shedding light on the challenges regarding the transition from school to working life.  It was not until 1995, with ‘The White Paper - Towards a Learning Society’, that Europe was to explicitly put forward the concept of second-chance education, raising awareness of the challenges for adults to progress and survive in a knowledge-based society.  It was in response to this that second-chance education was made visible in Socrates (1995-2007) and later in Lifelong Learning (2007-2014) where Adult Education was assigned an action programme in its own right – titled Grundtvig after the Danish philosopher who believed in lifelong learning for personal fulfilment and participation in society.

The European Commission’s 2001 Communication ‘Making a European Area of Lifelong Learning a Reality’ stressed the importance of lifelong learning for competitiveness and employability but also for social inclusion, active citizenship and personal development.   Social inclusion, civic participation, better health, greater individual well-being and fulfilment were all seen as the valuable societal outcomes of engaging in lifelong learning.

The Renewed Agenda for Adult Learning in Europe 2011 continued this momentum. It seeks to address the participation rates of adults in education across Europe (which varies widely across Europe from 1.4% to 31.6%) through awareness raising and access to this learning for groups who need learning most.  The aim is to reach an EU average of 15%. The Agenda outlines the role of adult education not only to meet the needs for new skills and the labour market but also to participate in life and society as an individual.

‘Europe 2020’, published in 2013, was a growth strategy for Europe shaped to respond to the global economic crisis.  The role of education and training and Erasmus+ were seen as integral to restoring the economy and achieving smart, sustainable and inclusive growth for Europe.  While the economic challenge was and continues to be a real one, in 2015 there was a refocus to respond to the terrorist attacks in Paris and Denmark with the Paris Declaration.  This declaration outlines an agreement between the EU Ministers of Education to strengthen the contribution that education makes to personal development and social inclusion and its role in embedding the fundamental values that lie at the heart of the European Union. In response to this, Erasmus+ has embedded the aims of the Paris Declaration with priority now given to projects addressing inclusive education approaches and promoting the values of pluralism, non-discrimination, tolerance, justice, solidarity and equality between men and women.

The Continuing Role of Values in Europe

So, when celebrating 30 years of Erasmus, it would be a missed opportunity not to also celebrate the value-based work in European education programmes.  These values have deep roots which have broadened and deepened the role of education in achieving an inclusive and peaceful society. Cooperation in education between European nations has helped to embed these values in all our systems and societies.

Today, post-Brexit, we know that European cooperation cannot be taken for granted. It is more important than ever to advocate for these values to play an equal role to our economic goals in the shaping of our education systems.  The challenges for Europe’s economy and society are no greater than they were at its beginning when these values first formed part of its vision.  European cooperation in education must ensure that it continues to work towards the Europe conceived by those visionaries of 60 years ago.

This post is an abridged version of a talk that Denise gave at the AONTAS EU seminar 'The European Union: Solidarity in a Time of Uncertainty'  in March 2017 and which was recorded via Facebook Live.
We welcome contributions to 'Insights' at comms@leargas.ie.