'Walking Against the Wind': Voices of Rural Young People

Moville and District Family Resource Centre supports families and individuals in the Inishowen peninsula of County Donegal. The centre helps people maintain a healthy life style by promoting good physical and mental health.  In 2015 they ran their first Erasmus+ Youth in Action project, ‘Unwrapping Words’, where young people from Inishowen and Derry City came together to fuse literature and hip-hop. They explored and celebrated the work of local literary figures by producing rap music, a short film and a mural as purple as the writers’ prose!

Walking Against the Wind

Moville’s current project is ‘Walking Against the Wind’. It's named for the feeling of pushing against a force that tries to hold you back from-rather than drive you towards-your goal. It aims to help local young people develop their voices, influence and place in society, so they can become active in their communities. The project also explores the factors that contribute to personal growth and development in a rurally isolated environment. As the organisers observe, the needs of rural young people “have been assumed to be identical to those of their urban counterparts”. Can this be the case when those rural young people themselves say they "often feel like a bug under a microscope”? Or, as another puts it, “If you do well everyone in this community knows about it but also if you fail the whole town knows your failure”.

The project began by asking young people about engagement in their community, through a series of group interviews and surveys. The answers showed while there was a huge will among young people to engage, they did not always have the channels or amenities to do so. For example, “the lack of facilities locally witnesses the need for young people who wish to box or engage in other sports to travel to other areas or towns, even into Derry…(and) a number of respondents suggest that they would be encouraged if 'there are groups other than sports'." 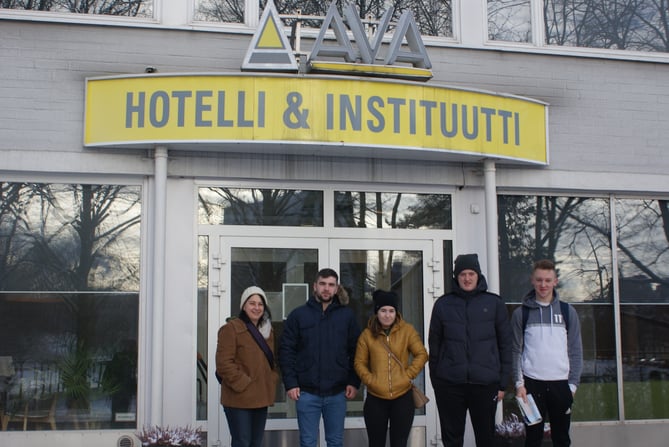 As part of the project, four young people from Inishowen travelled to Hyarilla Youth Centre in Helsinki, Finland to see what the situation is for young people in other countries. Among the four was 17 year old Ryan Coyle from Moville, who said:

“We stayed from 20th to 24th February 2017. I really enjoyed the entire trip, even travelling to the Hotel Ava from the airport! It was amazing to experience the variety of food and culture in Helsinki, even the weird rice cakes called ‘kareli’. We attended an annual Youth Conference in the Helsinki Fair Centre in Messuaukio 1. We met Sanna Lesonen, the producer of the event, who works for the Helsinki Youth Department. She told us the conference (which is free) takes place over two and a half days and that 13,000 young people aged 13 to 30 were expected to attend…and also that this was a local conference and not a national one!

The event included 48 to 50 different organisations and consisted of activities, focus groups, the opportunity to join in, to meet new people—people whose voices were heard, and not only heard but listened to!”

The experience showed a huge contrast with the facilities available in Moville. The project organisers note that the young people “suddenly realised they have been working with very little in terms of resource and opportunity and they now want that to change. They have found their voice and they will be heard.” 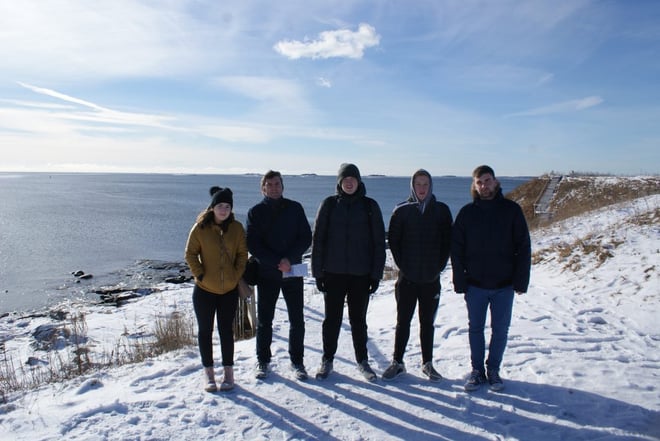 The project developed a list of ‘rights for young people’ and recommendations for engaging young people in the Moville and district communities. It hopes that it can contribute to Ireland becoming “one of the best small countries in the world in which to grow up and raise a family.  Where the rights of children and young people are respected, protected and fulfilled.  Where their voices are heard.  And where they are supported to realise their maximum potential both now and in the future.”